Well, here we go again!  Another attempt to post something - in spite of Blogger :-(  (More in the rant at the end!)

Don't be alarmed about 2 posts in 2 days, after about 4 months of no posts!  Just trying to get caught up a bit.

I gave up on the last post as we were travelling westward across the bottom of Alberta.

Found this guy on the side of the road in rattlesnake country, but there was no sign of a rattle. 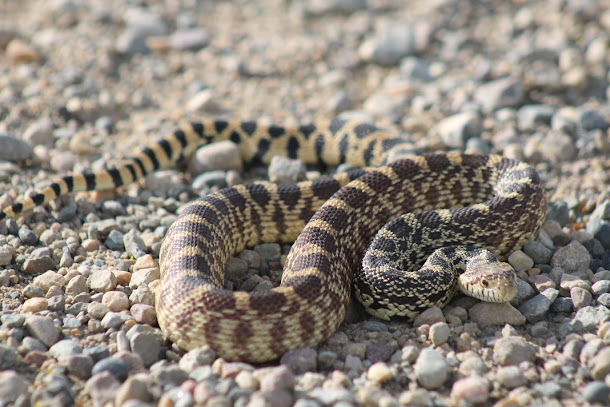 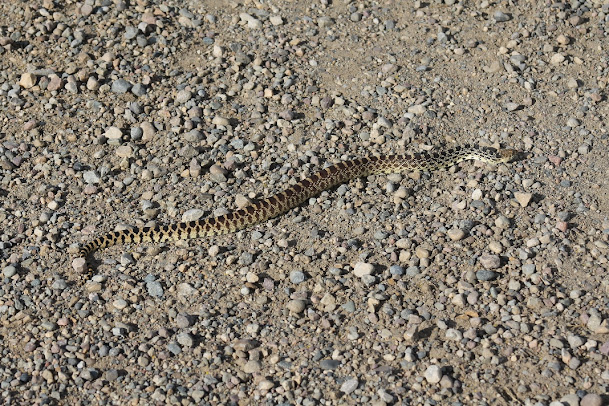 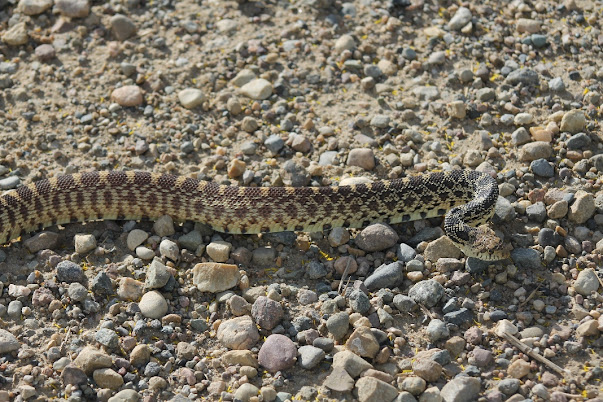 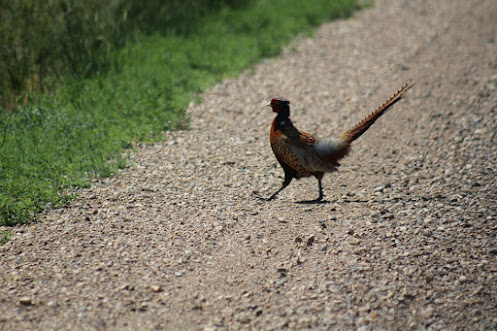 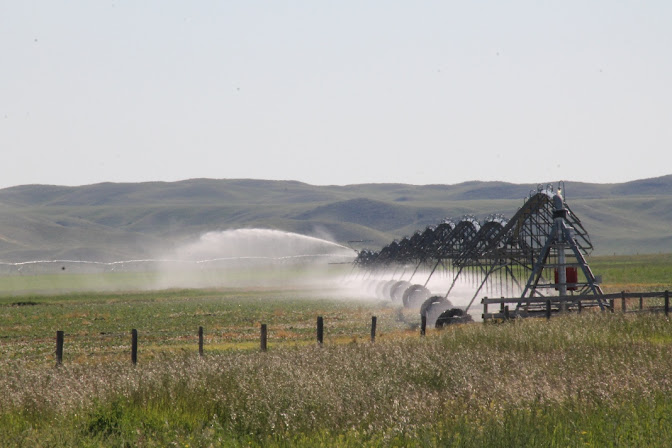 I I think these are shelters for leaf-cutter bees or something, but I thought it just as likely could have been a Covid-era Alberta campground! 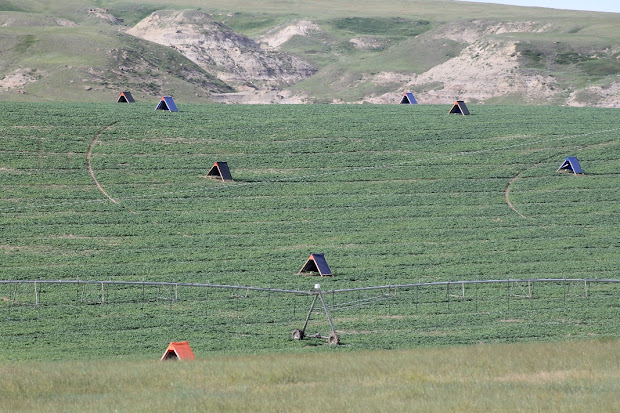 One night we camped beside a bridge on a gravel road headed for the US border.  While that might normally have been a noisy, dusty spot to be, with the border effectively closed, it was very scenic, peaceful, and quiet.  Well, except for the mosquitos! 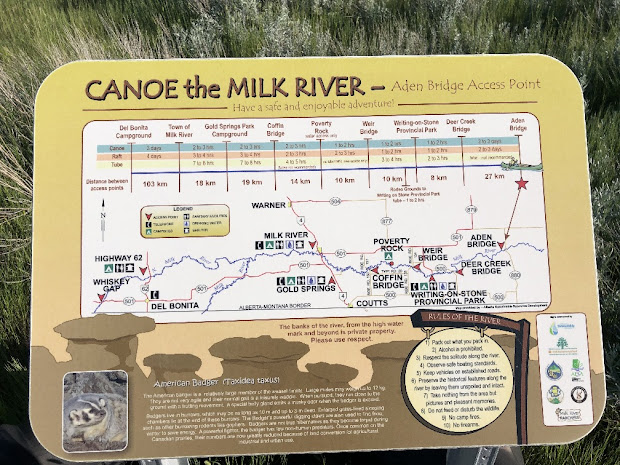 Next day, we came into Writing-On-Stone Provincial Park from the south side. The park has some fairly spectacular scenery, and lots of history, from the petroglyphs, to the more recent Northwest Mounted Police post on a coulee leading to the US to control the illicit liquor trade during prohibition. 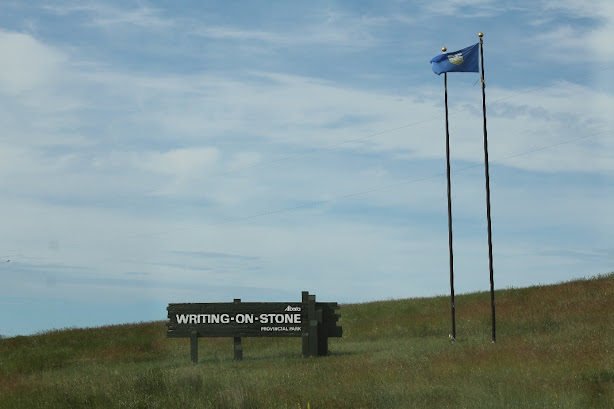 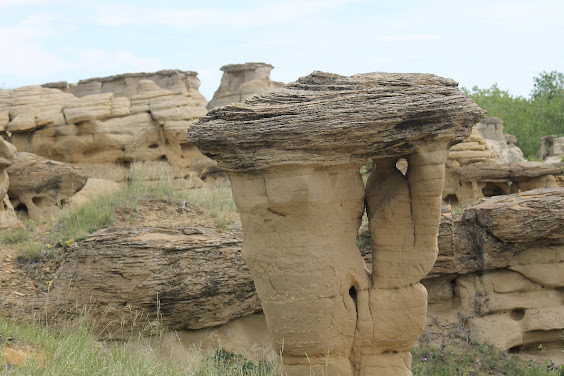 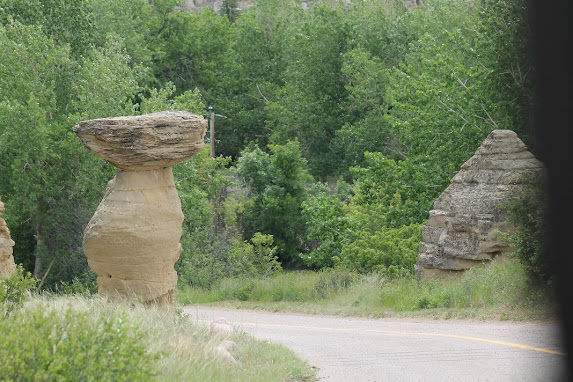 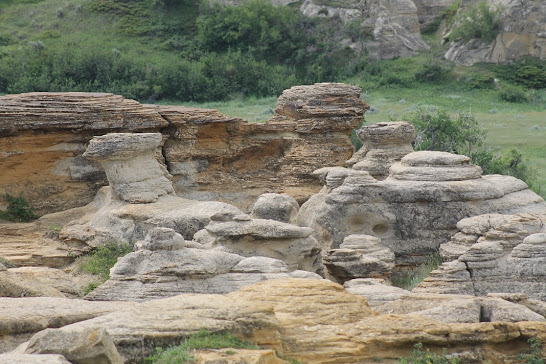 We found a spot to take a cooling dip in the river, evn though it was only about knee deep. 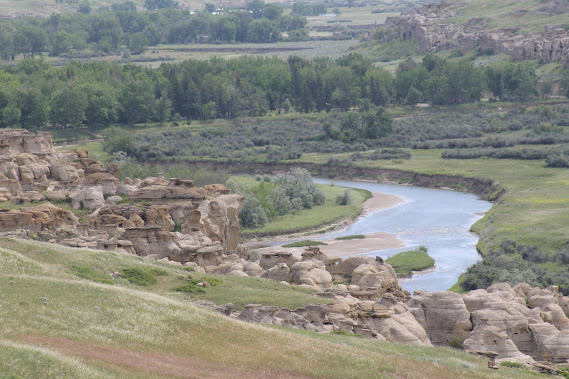 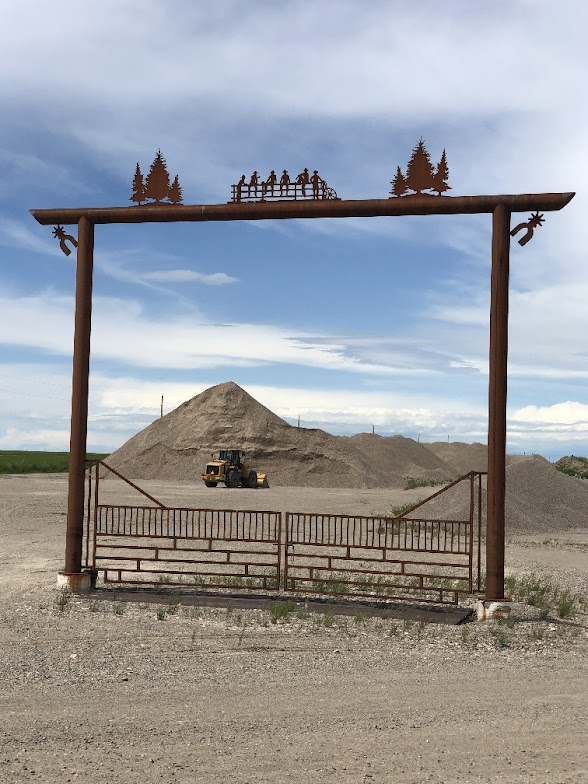 Found this gravel pit with two of these very fancy gates!  Not sure if there used to be a ranch here or something, but I found it strange to find two 'useless' gates to a gravel pit.  Ideas?

Next stop was in Pincher Creek, where a couple days were spent visiting with friends, and some hiking and boating. 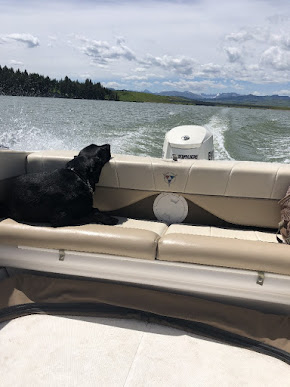 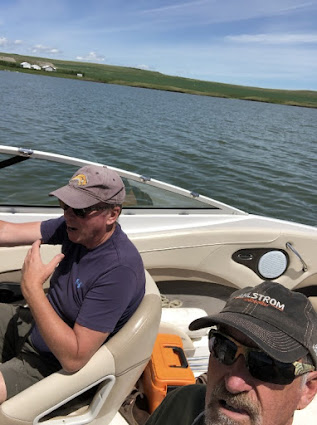 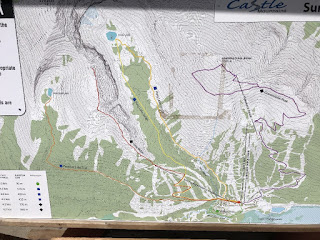 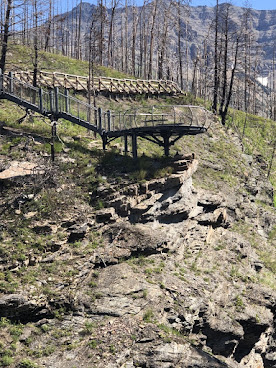 Some of the hiking was in Waterton Lakes National Park - where some facilities have been re-built after devastating fires there a couple of years ago.  Another hike was from Castle Ski area 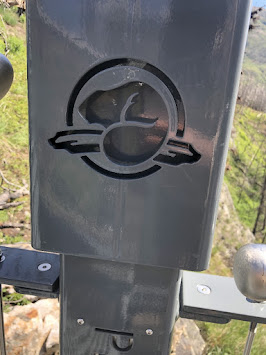 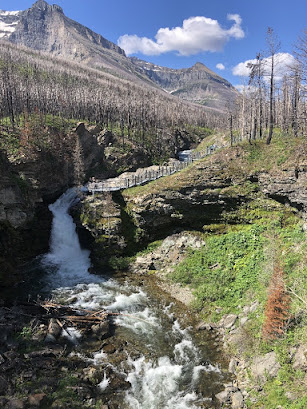 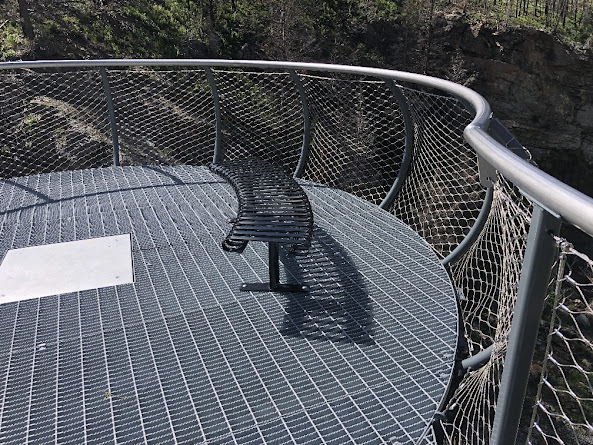 Rant: Ok, so I have found one improvement in Blogger recently.  For years, there were serious glitches in some of the setup sections of my Blogger.  In spite of clear error messages and countless contacts with 'helpful' blogger 'experts', the problem was never diagnosed or solved.  There were incorrect settings that I just could not access or change!  Well, pleased to announce that with the most recent version of blogger editor - those problems have magically disappeared!  On the other hand, the road blocks continue.  To import photos into blogger from your computer is a two step process.  You select a group of photos, and supposedly they appear in your draft blog.  But not today!  Blogger happily burns through my valuable bandwidth loading 25 photos, but the very last one just refuses to load!  Well, that would be no big issue if all the rest were still there, but no, the only option is to 'cancel', so the bandwidth is wasted, but NONE of the photos are loaded.  For the next attempt, another random photo refuses to load, and the previous problem pic loads just fine.  Don't get me started on all the formatting issues - none of which were a problem with Open Live Writer.  I know that we should be 'thankful' that Google Blogger provides a 'free' blogging platform, but rest assured - if they weren't making money on the advertisements, it would not exist.  I just wish they would spend a little of their ample revenue fixing the problems and making it a bit more user friendly. <end rant>